This semi-custom yacht will come with modern-classic interiors by Wetzels Brown Partners of Amsterdam, who previously styled the current Contest flagship PH3, which launched in 2012.

The hull form is based on the successful Contest 67CS, which naval architect firm Judel Vrolijk & Co has extended with a moderate-shallow underbody running back from the lightly raked bow to a soft-chined, broad stern. The protected, single rudder provides precise, powerful and light control from the twin helm stations.

The layout will be semi-customisable, with owners able to choose either an aft or a forward master cabin configuration. Five en-suite guest cabins mean a maximum capacity of ten guests. Privacy will be paramount with a fully enclosable galley and crew quarters for a staff of up to four.

Since silence is the ultimate luxury in yachting, Contest has paid particular attention to reducing noise and vibration throughout, with high levels of sound insulation fitted to the engine room. Storage comes in the form of a large lazarette, which can swallow up a compressor and all manner of superyacht water toys, while the tender garage is situated under the foredeck.

Built to Lloyd’s Registery standards, the Contest 85CS features a 6.4 metre beam, a maximum draught of 3.79 metres and a 260hp Volvo Penta D4 engine, while the 2,500-litre fuel tank should allow for extended cruising under power. 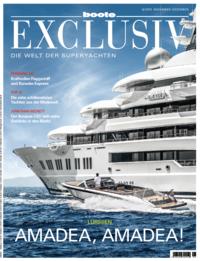 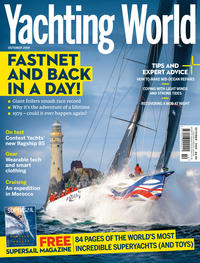