‘I liked the existing Contest 62CS but wanted a small superyacht rather than a large family yacht,’ says the owner. ‘It’s great to build the first of a series’

Contest Yachts in the Netherlands is edging ever closer to joining the superyacht market in terms of length. Its largest yacht to date, the Contest 72CS PH3, is already premier league when it comes to its looks, finish and performance. In the market for powerful yet classical-looking sailing yachts with sophisticated equipment and interiors, Contest Yachts in the quaint Dutch harbour village of Medemblik has a distinguished history. As the third generation of his family at the helm of a yard founded in 1959, Arjen Conijn embraces both the past inherited from his father and grandfather and a future based firmly on the twin towers of traditional craftsmanship and ultra-modern technologies. ‘We have been a pretty innovative yard over the decades, including being among the first to introduce central cockpits, wing keels and the vacuum injection method,’ he says. First developed in cooperation with Dutch research institute TNO in the early 1990s, vacuum injection is used for the composite parts of PH3’s hull, deck, main bulkheads, bracket frames and superstructure. ‘While other yards have now started using the technology, ongoing developments in materials and methods have kept us a step ahead,’ Conijn contends. ‘Contest is also one of only a handful of semi-custom yards in the world able to meet Lloyd’s hull specifications.’ 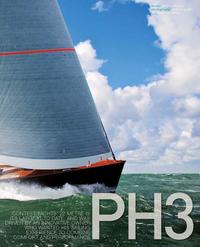 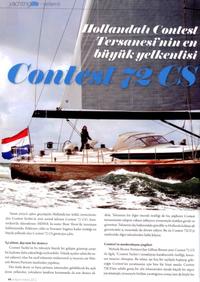 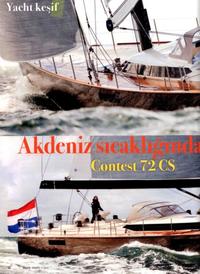 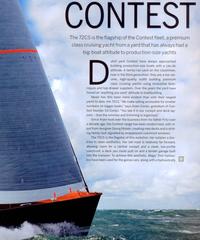 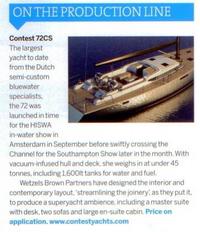